Our Halloweekend started off on Friday, V's daycare had a dress-up party so she headed out in costume #1. Yes, I am evil and sent my mud-playing, food-smearing child to school in a fluffy white costume: 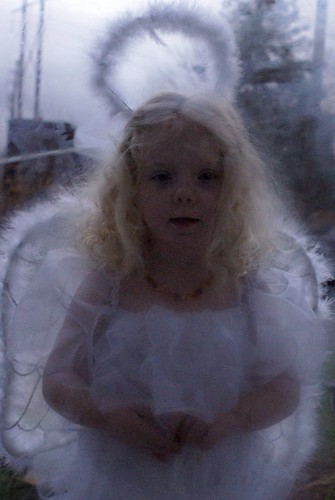 First crap picture due to early morning shot and me forgetting that I'd set my camera up for super low light at the Wiggles. Grrr grainy.

I've come up with a sure-fire way to make a weekend seem extra long - start off with a run! Seriously, woke up Saturday morning, walked the dog, then headed out for a run. Got back and while it seemed like the day was half over, it was still o'cracken early. I spent the rest of the day hanging out with V and in the late afternoon we decided to make some cupcakes. Making cupcakes with an almost three year old is just as easy as it sounds...and almost as easy as getting her to pose for a picture: 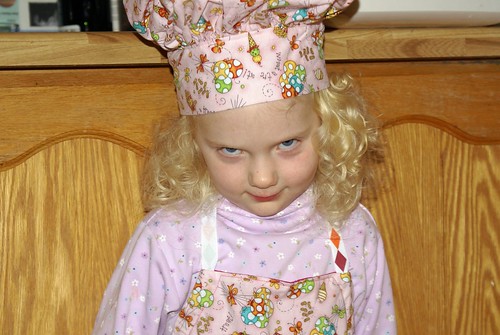 After spilled milk, batter-filled beaters being turned on (thank goodness she was wearing an apron!) and food colouring combining, we finally had 12 hand-dyed (I know. INSANE.) and 10 plain white (yep, an ice age would have happened faster) cupcakes in the oven. There was no way I could deal with icing those suckers too so they waited until the morning. 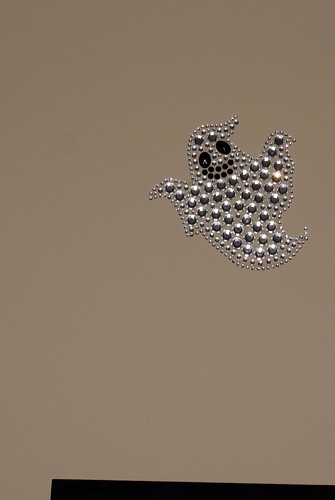 Crying about the snow (me crying, not V. V was fascinated). Seeing as how we got ski passes as a family this year, I should be more thrilled by the snow, but I'm really, really not at all: 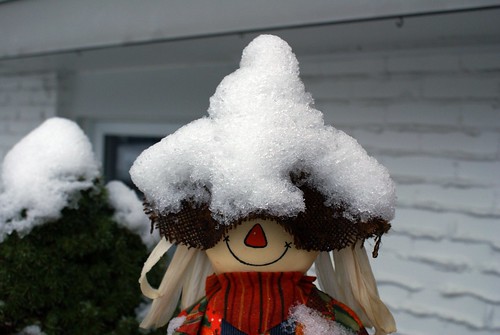 (not sure what he's so happy about!)

And sprinkles! Now sprinkles are something I can get behind: 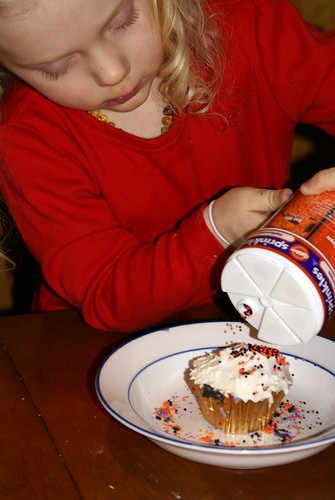 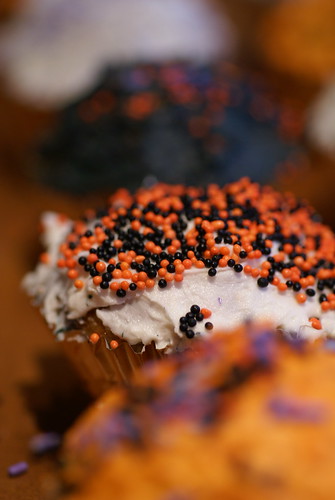 We then headed out for brunch with Stella and family at Merlot (the revolving restaurant at the top of the Mariott.) It is closing this month, to be reincarnated as conference space, so we wanted a last peek at the view:

I think they're open until the 14th and if you can swing it, I'd suggest you go. The brunch was fantastic and the staff were awesome with the kids. Three kids under the age of 4 and they were calling us the 'fun table' (and feeding them icecream *g*)

After a couple more family visits and a nap V hopped in her suit and hit the streets to beg for candy. Turns out her desire for free sweets well overrode her paralyzing shyness and she managed to grab quite a haul (booty if you will arrr). The excitement of meeting the peeps, stuffing as much candy as possible in her face and risking hypothermia (and the general nature of an almost three year old) meant she had absolutely no interest in posing for pictures. This is the best I could do: 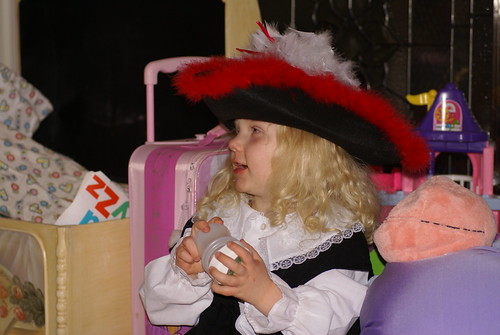 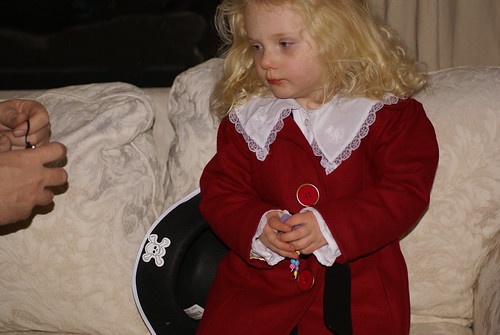 Oh! The other part of making a weekend seem long? Load up a bunch of activities Sunday afternoon and night. This pirate mommy was so exhausted she fell asleep on the floor beside her little swashbuckler, still in pirate costume. And hubby passed up the chance for blackmail pics, but it probably looked something like this: 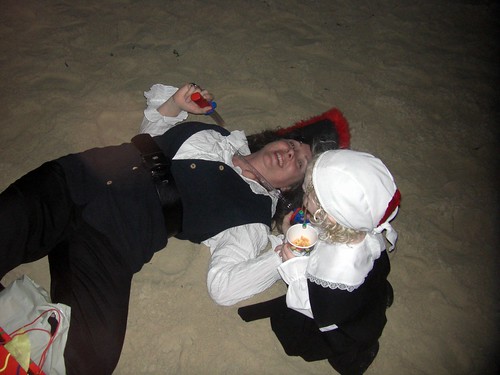